Civil engineering projects continue to dominate headlines across the world. From the world’s tallest building to the biggest manmade islands, people everywhere are dependent upon civil engineering innovations. All of this innovation and construction ties back to one main purpose, supporting human life. With this purpose in mind, let’s look at some of the most awe inspiring civil engineering wonders and construction projects throughout time.
The world’s largest dam, as well as largest hydroelectric power plant, stands tall at 185 m. Its name comes from the fact that it floods three rivers, the Qutang, Wu Xia, and Xiling. The hydroelectric plant is built inside the walls of the structure, producing a total of 4.7 billion kWh each year. During construction, builders used 27.2 million cubic metres of concrete. That’s enough concrete to fill 10,200 Olympic sized swimming pools. 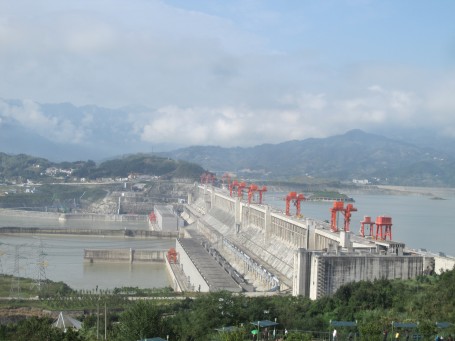 Three Gorges Dam [Image Source: Wikimedia]
Formerly known as the Kingdom tower, crews began construction on this building in Spring 2013. When completed, the Jeddah Tower is estimated to cost 1.2 billion US dollars and top the charts as the world’s tallest building. Originally engineers sought to build the structure as high as 1 mile (1.6 km). However, in the design phase, it was scaled back to 3281 ft (1000 m). Even with the downsizing, this building will beat out the current tallest building, the Burj Khalifa, by 591 ft (180m) when completed. 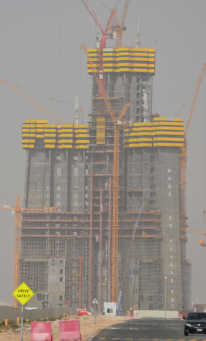 Jeddah Tower under construction [Image Source: Hamed1122, Wikimedia]
Water is becoming one of the most precious resources on the planet. In southern California specifically, fresh drinking water is hard to come by. Many cities in the area pump drinking water from hundreds of miles away. As the price of fresh water has gone up, desalination has become a more viable option for water sourcing. The Carlsbad Plant aims to take the salt out of 50 million gallons per day and supply San Diego County residents with drinking water. 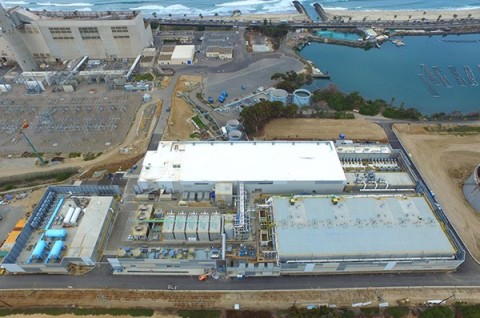 Birdseye view of current plant [Image Source: carlsbaddesal.com]
This 102.4 mile (164.8 km) bridge holds the title of world’s longest, and it took four years to construct. Unlike most bridges, it is built in a viaduct design, spanning many valleys and connecting the cities of Shanghai and Nanjing in the Jiangsu province of China. The railway that the bridge connects spans 818 mi (1317 km), which is an engineering feat of its own.

[Image Source: Lazerhorse.org]
In an effort to commercialize the oil rich city of Dubai, the Prime Minister has commissioned large-scale construction projects in recent years. By now, most everyone has seen the image below of the Palm Islands off the coast of Dubai. This resort island stands as a major civil engineering achievement because everything about it was constructed from sea floor up. 3 Billion cubic feet (85,000,000 cubic meters) of sand was dredged from the sea floor by barges. Along with concrete supports, this sand was used to shape the complex foundation of a palm tree and support the hotel. 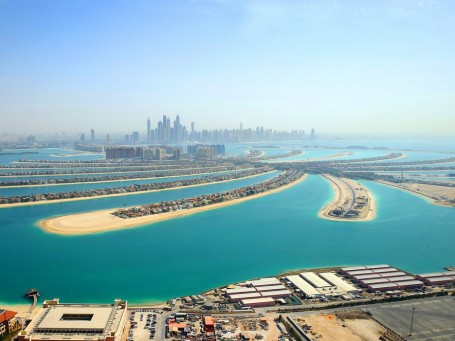 [Image Source: cntraveler.com]
As one of the most picturesque cities in the world, Venice, Italy is shrouded in beauty, but the city faces major engineering problems. The city has been pummeled in recent years by flooding from rain as well as rising sea levels. Seeking to keep the city safe, engineers devised a unique method of using rows of mobile gates to keep flood waters at bay. The barriers have the capability to seal off the city of Venice from the rising tides. This project, while not being tremendous in scale, captivates engineers with its unique design and importance to the protection of this famous city. 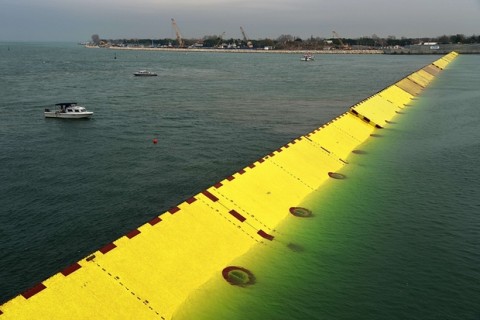 View of the mobile barriers in place [Image Source: guim.co.uk]
When Japanese engineers did not have room to expand the Osaka International Airport due to urban crowding, they sought a more unusual foundation technique. Much like the Palm Islands of Dubai, Chinese engineers built an island, upon which they built one of the world’s longest airports. To create the island construction crews worked around the clock to excavate the surrounding mountains, totaling an excess of 21,000,000 m3 of dirt. The airport constructed on the island is a marvel in itself, taking the shape of a plane wing to withstand typhoon level winds, common to the area.

Arial view of airport structure atop the manmade island [Image Source: aveasia.files]
New York City is a hub for tourism, business, and the arts, but it also is home to roughly 8.5 million people. Like all heavily populated areas, the issue of fresh water supply comes into question. The Delaware Aqueduct, while possibly one of the least identifiable projects on this list, is not lacking in its civil engineering wonder. Spanning a total of 137 km, this major aqueduct holds the title of longest tunnel in the world. Almost 50,000,000 cubic meters of water is supplied through this tunnel each day to the U.S.’s largest city. This accounts for over half of the total water supply, making this project vital to the lives of millions of American citizens. 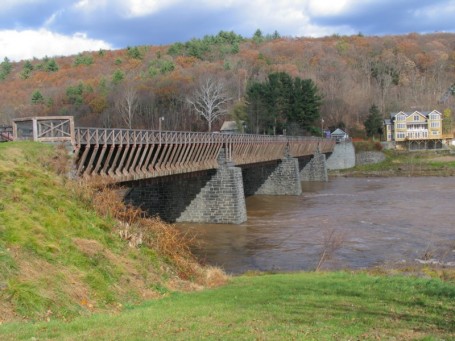 A portion of the aqueduct system [Image Source: pabook2]
Like many other countries, Egypt has experienced exponential growth in recent years. Much of the country of Egypt is arid desert, and in an effort to expand usable land, engineers built a pumping station aimed at making up to 25% of Egypt’s land habitable. Before this project, only 5% of the country’s land was considered to be able to sustain human development and life. The Mubarak Pumping station is part of a civil engineering plan called the Toshka Project. The station hub is designed much like an island with the structure positioned in the center of Lake Nasser. 24 vertical pumps help channel the water to the surrounding cities from this central location. 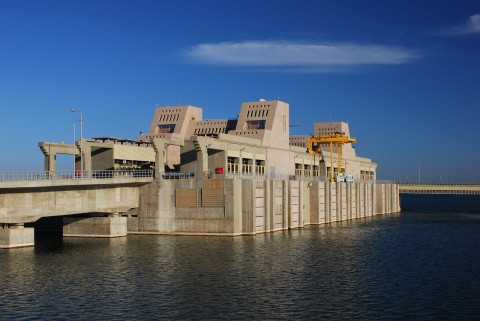 A view of the castle-like building surrounded by water [Image Source: industrytrap.com]
By volume, Lake Kariba is the largest man-made reservoir in the world, sitting miles north of the Indian Ocean on the border of Zimbabwe and Zambia. Covering a total area of 5580 square kilometers this lake has a max capacity of 185 cubic km of water. This is so much water that the excess weight is theorized to have caused over 20 earthquakes in the area since its construction. Like all man-made lakes, this volume of water is held back by a large dam, pictured below. If the dam were to fail, millions would lose their lives and damage from the resulting flood would extend through multiple countries. 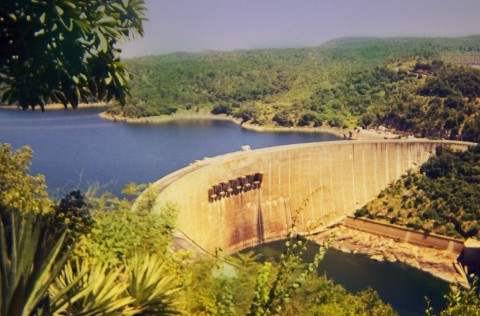 A view of the Kariba Dam which holds back the Kariba Reservoir [Image Source: wikimedia]