Asia is a large continent that is home to a wide range of cultures. Asia may be well-known for its delicious cuisines, captivating culture, and K-pop, but it is also recognized as the home of some of the best Engineering schools and higher technological education institutions. Whether you are planning to pursue a Bachelor’s or Master’s in Engineering, you will not go wrong in these top 10 engineering schools in Asia.
Being an engineer is a reputable career. The field has a fundamental impact on the world, on almost anything people use in their daily lives. Plus, it pays well. However, it is not an easy field to be in. Studying to be an engineer involves a lot of physics, math, and writing. If you’re not excellent at any one of these subjects, don’t let that deter you. If you genuinely want to become an engineer, you can improve your chances of succeeding with help on coursework, essays, or thesis via educational engineering sites or youtube tutorials. 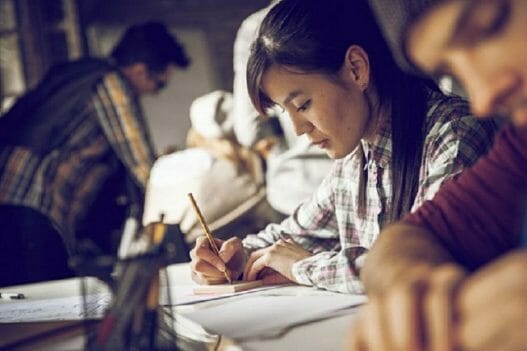 The University of Tokyo in Japan is not only the best in engineering, but it has a stellar reputation in academics overall. In fact, it has produced a large number of CEOs, Prime Ministers, and Nobel Laureates in Japan.
UTokyo is a public research university established in 1877. It is recognized by the Japanese government as the top research institution in the country and has been awarded various grants for research in various fields, including engineering.

NUS is not only the flagship university of Singapore, but it is also its top educational institution. Its reputation as a prestigious educational institution is not limited to Singapore, however. It is considered one of the top schools in Asia and the world.
Although NUS was originally established as a medical school, it has grown to offer a wide range of disciplines, including engineering schools and technology. The college prides itself on having a global and multi-disciplinary approach to research. It’s not a surprise that even international students are flocking to them.

Tsinghua University is among the best institutions in China. This institution is located in Beijing, in the former site of the Qing Dynasty royal gardens, so its campus is characterized by traditional buildings and landscaping. What makes Tsinghua University appealing to students is not only its emphasis on self-discipline but also the vibrant extracurricular life of its students.
Tsinghua is a public research institution known particularly for its excellence in science and technology. It is among the top universities in Asia and the world in various fields of engineering. Its holistic approach to education is proven effective by the number of notable leaders it has produced in science and engineering as well as in politics and business. One of its alumni is the current president of China, President Xi Jinping.

KyotoU is another Japanese institution that has enjoyed high rankings in Asia and the world. It is one of the top public research universities in Japan and it is well-known for its engineering and technology departments. Their research in engineering is financially supported by the Japanese government and is recognized by global institutions.
The institution offers both undergraduate and graduate studies in engineering and other fields and has produced a substantial number of alumni who became leaders in top companies in Japan.

Tokyo Tech is considered one of the top universities in Japan and is the largest institution dedicated to science and technology. It focuses on science and technology. As one of the top schools in Japan, admission to Tokyo Tech is highly competitive, having the lowest acceptance rate in Japan at 10%.
Tokyo Tech owes its high research input to its practical approach to science and engineering studies. Thanks to their hands-on approach, professionals who graduated from Tokyo Tech have high employability rates and have become successful in Japanese industries.

KAIST is one of the younger schools, having been established only in 1971. However, it quickly rose among the ranks as the top institution in Korea. KAIST is the first research-oriented science and technology institution in South Korea. Their drive for research and innovation is proven by the substantial number of patents they file every year.
It is also widely recognized as an innovative research institution in Asia and the world. They have partnered with other prestigious universities such as Technical University of Denmark and Carnegie Mellon University to provide dual degree programs for its students.

NTU is another research-oriented university. Although still young, having been established in 1991, NTU is leading the way in research and innovation in science and technology in Asia.
NTU is a leader in artificial intelligence and other digital technologies. Although they offer degrees in other fields, their largest department is the College of Engineering. They are the only institution in Singapore to offer an aerospace engineering program.

HKUST is another young college, but it is renowned as a formidable research-oriented school in science and technology. The institution offers degrees in science, technology, engineering, and management. However, its prowess in engineering is recognized among the top in the world.
Both local and international students vie for an opportunity to study at HKUST and follow in the footsteps of some of the best minds in Hong Kong. HKUST has had the highest employability rates in Greater China.

SNU is among the largest colleges in South Korea. It is considered the most prestigious higher education institution in Korea as its graduates dominate South Korean industries.
In the field of engineering, SNU is renowned for providing world-class holistic education. With state-of-the-art research facilities, SNU has consistently been producing innovative research in engineering.

Shanghai Jiao Tong University is a public research university in Shanghai, China. It is one of the oldest Chinese educational institutions, having been established in 1896.
SJTU has ranked within the top 100 universities in the world for years. Additionally, it is among the best schools when it comes to engineering. The college enjoys the highest amount of research funding from the Chinese government, and with it, they produce the highest number of research papers in the country. Because of this, the school is often referred to as the “Eastern MIT.”

Asia is a competitive innovator of new technology, which is why it is no surprise that there are a lot of prestigious engineering schools on the continent. Engineering is a competitive field that holds wide horizons for further research and innovation. Whichever college you choose, there are plenty of opportunities waiting. Where will you apply?
Engineering students have these gems in their bags.
This is for you who’s looking for a practical inspiration, for that friendly motivation that despite your shortcomings, you hold a real shot at passing.
You studied so hard only to be failed by your calculator – ouch!
Electronics Engineering licensure exam is one of the hardest with the lowest success passing rate in the Philippines
We live in an age where movies show us that casual hooking up is normal.
Here are the reasons why it’s damn cool to study engineering.