Cielo Cinco November 23, 2021, 8:44 am
It has been two years since COVID-19 has struck the U.S. Despite the challenges the industries faced in dealing with the unknown, the government and the private sectors are working hand-in-hand to help America’s economy recover from the losses the pandemic has caused to the country.
To further support the nation’s recovery from the effects of the global pandemic, the federal government boosted its spending budget for government contracts last fiscal year 2020, and it is still predicted to increase in the coming years. This joint effort between the federal contractors and the government opened more opportunities to the citizens and these booming construction firms!
Table of Contents

New York, NY United States
$14.41 billion
Established in 1902 by Henry Turner, the Turner Construction Corporation is an American construction company with a significant worldwide presence, reaching over 20 countries. A subsidiary company of the international construction giant, Hochtief, the Turner Construction Corp., prides itself on its state-of-the-art technologies that put them ahead of the market. In fact, the New-York based construction giant unseated the Bechtel Group Inc. from the 2021 Engineering News-Record’s top 400 Contractors list, being the leading government construction contractor after reigning for two straight decades.
The Turner Construction Company is also famed for its recent transformation of the 985,000 square foot Madison Square Garden. The New-York based corporation also spearheaded the construction of the 500,000 square foot Science and Engineering Complex at Harvard University and the 12-story Inpatient Tower of Nationwide Children’s Hospital.
$380 million Resources Building Renovation Project
The Turner Construction Company teams up with two other construction firms for the $380 million government contract for the major renovation of the Resources Building under the State of California Department of General Services.
The new building will rise by 2025 and will house approximately 2500 staff from different State departments. 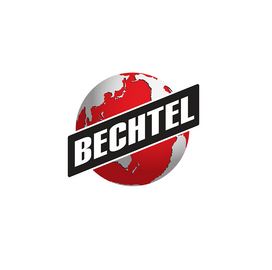 Reston, VA, United States
$12.23 billion
A household name among other construction companies in the industry, Bechtel Group Inc. is a global procurement, engineering, construction, and project management corporation founded in 1898. Headquartered at Reston, Virginia, this construction behemoth offers various services in different sectors such as power, transportation, civil infrastructure, mining, and most especially, government contracting.
The pandemic has affected most of the Bechtel Group market sector’s revenue, causing them to drop a spot in the Top 400 Contractors rankings after being hailed as the Top 1 since 1999. Despite that, their global reach spans far and wide, with nearly 55,000 employees worldwide.
One of the Bechtel Group’s historical projects that put their name in the construction industry is The Hoover Dam in Clark County, Nevada—an infrastructure wonder built during the Great Depression.
Due to that period’s terrible state of the economy, most people believe that a massive project will never succeed, and the construction firms involved in this will go bust. But despite the odds stacked against these construction companies, this breakthrough project generated jobs, made clean water more accessible and even protected communities from natural disasters.
Bechtel Group Inc. was one of the five construction firms chosen by the U.S. Navy to work on constructing the new dry docks and shipyard infrastructure at Pearl Harbor and Puget Sound. This $8 billion contract also tasks the construction company to establish additional facilities in other locations, such as Guam and the Indian Ocean. Irving, TX, United States
$11.67 billion
Fluor Corporation is an American multinational engineering and construction firm that has been in the industry since 1912. Placing 196th in the Fortune 500 rankings this 2021, the Texas-based contractor offers a broad scope of services in the following sectors: industrial, infrastructure, and energy.
In addition, the corporation is also known for its projects in nuclear cleanup. In fact, they just won a nearly $30 billion contract for management and cleanup efforts on two major federal nuclear weapons production complexes.
$13 billion U.S. Naval Nuclear Propulsion Support Contract
The U.S. Navy enlisted the expertise of Fluor Corporation by awarding a $13.07 billion government contract to perform propulsion work for the U.S. Naval Nuclear Laboratory. Awarded initially in 2018, the federal government extended the contract until 2022 thus, granting the Texas-based giant another $1.6 billion in contracts.

Omaha, NE, United States
$11.20 billion
Kiewit Corporation is an employee-owned construction and engineering firm that was founded in 1884. As one of North America’s leading construction and engineering companies, Kiewit demonstrates its expertise in different markets such as transportation, energy, chemical, industrial, and more. And as a consistent member of the Top 10 of ENR’s annual Top 400 Contractors rankings, this Nebraska-based construction firm has become a trusted contractor by federal agencies.
$8 billion Navy Shipyard Infrastructure Optimization IDIQ Contract
The Kiewit Corporation and four other federal government contractors were awarded an $8 contract by the U.S. Navy to support the Shipyard Infrastructure Optimization Program. As stated in the deal, the construction firms s are tasked to modernize the infrastructure at Pearl Harbor Naval Shipyard in Hawaii and Puget Sound Naval Shipyard in Washington state.

Baltimore, MD, United States
$8.71 billion
Founded in 1909, Whiting-Turner Contracting Company is a Maryland-based construction business that offers a wide range of services, from construction management to general contracting, to design-build and integrated delivery projects. Employing over 4,000 experts, this corporation is dedicated to delivering its trusted expertise in nationwide projects, particularly to its federal government clientele. As of the industry leaders, the company prides itself on its understanding of the needs of every people—from local communities to commercial organizations to even federal agencies.
$150 million Repair of Damaged Facilities at Naval Air Weapons Station in California
In light of the recent earthquakes that shook the state, the U.S. Navy awards Whiting-Turner a potential $149.6 million contract to rebuild the damaged facilities of the Navy’s Air Weapons Station at California. According to the contract, the contractor is expected to accomplish the task in February 2024.

New York, NY, United States
$8.08 billion
The New-York based construction business is a globally renowned construction firm that offers a complete range of services to its extensive international clientele.
The construction giant’s extensive portfolio encompasses the needs of their clients from start to finish: site selection analysis, design constructability review, interior aesthetic enhancements, new building construction, and infrastructure upgrades and modernization.
$78.5 million Construction of St. Petersburg Police Department
A part of the STO Building Group, Ajax Building Corporation, completed the new $78.5 million St. Petersburg Police Department headquarters.
The three-story, 167,000 square feet structure is fortified to withstand even a category five hurricane—which is a significant upgrade from the department’s previous office that couldn’t even hold out against a category one storm. Aside from that, the new headquarters also features industry-leading forensics laboratories and storage to help the officers identify and store DNA samples.

Sylmar, CA, United States
$6.61 billion
The Tutor Perini Corporation (TPC) is one of America’s largest general contractors and construction firms. Specializing in construction management and design-build services, the company further categorizes its portfolio into three segments: Civil, Building, and Specialty. With over 120 years of expertise under its belt, private customers and federal agencies from different parts of the world trust in them.
$8 billion Shipyard Infrastructure Optimization Program Multiple Award Construction Contract
In a joint venture with the Honolulu-based construction firm Nan Inc., Tutor Perini was also one of the government contractors chosen by the U.S. Navy to construct the new dry docks and shipyard infrastructure at Pearl Harbor and Puget Sound. According to the Department of Defense, this assembled team of construction firms will be in charge of modernizing the said docks and shipyard infrastructures.

Los Angeles, CA, United States
$6.56 billion
AECOM is also one of America’s leading multinational engineering and construction firms. The California-based company, which has been trusted in the construction industry for more than 120 years, has demonstrated its professionalism in various construction projects. AECOM’s expertise is also known in different parts of the world since their company can assist their clients in every stage of construction: from the planning process and architecture design to construction management.
$800 million Architecture and Engineering Support for USAID
The U.S. Agency for International Development (USAID) has awarded its third consecutive indefinite-delivery/indefinite-quantity contract to AECOM. The federal agency extended the company’s contract term to address the agency’s critical infrastructure requirements in different areas such as water supply, energy, healthcare, and more.

New York, NY, United States
$6.53 billion
Established in 1971, Skanska USA is one of the biggest multinational construction and development companies in America. As part of Skanska’s global group, this construction firm caters its industry expertise to a diverse clientele in different sectors such as power, water, industrial, healthcare, and more.
$42 million Building Upgrades and Laboratory Modernization for The U.S. Department of Agriculture
The New York-based construction firm was awarded a federal government contract to design, bid, and execute the infrastructure upgrades and modernization of laboratories of the U.S. Department of Agriculture Knipling-Bushland Livestock Insects Research Laboratory. According to the report from DoD’s website, the construction company expected to complete the federal contract by October 2024.

Redwood City, CA, United States
$6.45 billion
Founded in 1990 by Doug Woods, Peter Nosler and Ron Davidowski, DPR has grown into one of America’s biggest general contractor and construction management firms. Equipped with extensive experience in the construction industry, the Redwood-based corporation specializes in performing highly complex and technical projects in various sectors, whether for commercial clients or the federal government itself.
$43 million Pharmacy and Intravenous Admixture Unit Renovation
The Department of Health and Human Services (HHS) grants a $43 million government contract to DPR Construction to renovate pharmacy department spaces for the National Institutes of Health (NIH).
Seeing how you’re about to go up against these global industry giants can be a bit intimidating, right?
In that case, you can try knowing more about the process on how to register your business, making your firm known with networking, and gathering resources on the latest news about the federal government, key decision-makers, and the government contracting industry with our newsletter!
Sign Up Now! ExecutiveBiz provides you with Daily Updates and News Briefings about Articles
See more
She is an advertising copywriter and content creator who writes about the federal government contracting industry and its key players who make waves across the GovCon field.
Receive Daily News Briefing And Event Updates Straight to Your Inbox
ExecutiveBiz follows the executive-level business activity that drives the government contracting industry.
Through executive interviews, policy spotlights and news stories on corporate activity, ExecutiveBiz stays on top of what’s shaping the industry and how GovCon leaders are positioning their businesses to win the federal business of tomorrow.
Staying in line with Executive Mosaic’s dedication to covering all angles of GovCon, ExecutiveBiz also helps paint a more complete picture of the government contracting industry by featuring medium-sized business news and significant state and foreign contracting developments.
If it involves business activity that impacts contracting operations and success, ExecutiveBiz has you covered.
Important URLs:
About us
Articles & Insights
Guest Contributions
Submit your news
Contact Us
© 2022 All rights reserved


To use social login you have to agree with the storage and handling of your data by this website.