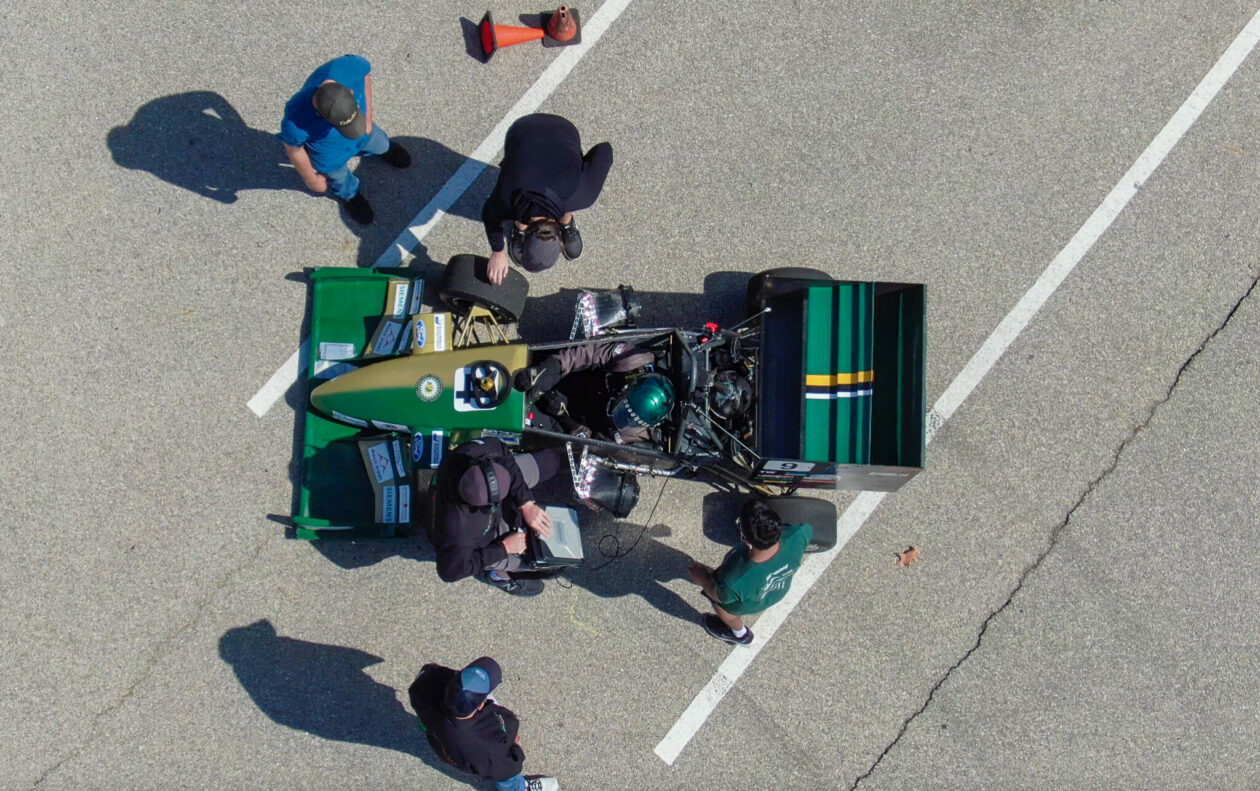 The Formula SAE Design Team is one of 19 student design teams at Missouri S&T.
Missouri S&T is ranked fifth in the nation for students interested in engineering and is ranked first in Missouri, according to Money’s “Best Colleges for Engineering Majors.”
The ranking, released June 7, was developed from Money’s Best Colleges list, which identifies Missouri S&T as one of the nation’s best values overall. The new ranking, which is focused on engineering education, also is based on the median salaries of recent engineering graduates from each university and the number and proportion of a university’s recent graduates earning bachelor’s degrees in engineering.
In its engineering ranking, Money cited S&T’s breadth of undergraduate programs in engineering and its 19 student design teams, which bring together “over 1,300 students who collaborate with industry professionals to build everything from dirt bikes to robots to remote-controlled aircrafts.”
“Missouri S&T prepares students for a wide range of engineering careers by integrating hands-on experience with technical rigor – all at a good value,” says Dr. Richard Wlezien, vice provost and dean of the College of Engineering and Computing at Missouri S&T. “There are many ways to evaluate an engineering program, but the Money ‘Best Colleges’ list is the one that truly recognizes S&T’s exceptional value.”
Missouri S&T is the only Missouri university to make Money’s list of the top 50 engineering programs in the U.S.
The new ranking follows one released last month, also from Money, that places Missouri S&T at No. 41 in the nation and 30th among public universities. The Money’s Best Colleges ranking evaluated national universities based on 24 data points related to academic quality, affordability, and earnings and employment. S&T is the highest-ranked Missouri university on that list.
About Missouri University of Science and Technology
Missouri University of Science and Technology (Missouri S&T) is a STEM-focused research university of over 7,200 students. Part of the four-campus University of Missouri System and located in Rolla, Missouri, Missouri S&T offers 101 degree programs in 40 areas of study and is among the nation’s top 10 universities for return on investment, according to Business Insider. S&T also is home to the Kummer Institute, made possible by a $300 million gift from Fred and June Kummer. For more information about Missouri S&T, visit www.mst.edu.
On June 8, 2022. Posted in College of Engineering and Computing, News
Your email address will not be published. Required fields are marked *


So it seems that maybe the first five are Stanford, UC-Berkeley, MIT, Cal Tech, and Carnegie-Mellon, or maybe RPI, but we are better than all the rest. Hard to believe!
How many have tried to use e-mail lately?
Hi, Dr. Long. The top five in this listing are Georgia Tech, MIT, Colorado School of Mines, Purdue and Missouri S&T.
Missouri S&T, Rolla, MO 65409 | 573-341-4111 | 800-522-0938 | Contact Us Accreditation | Consumer Information | Our Brand | Disability Support
© 2022 – Curators of the University of Missouri | UM System | Privacy Policy | WordPress
Missouri S&T is an equal opportunity/access/affirmative action/pro-disabled and veteran employer and does not discriminate on the basis of sex in our education programs or activities, pursuant to Title IX and 34 CFR Part 106. For more information, see S&T’s Nondiscrimination Policy or Equity and Title IX.