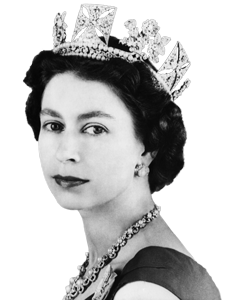 Her Majesty The Queen – 1926-2022
Construction News is deeply saddened by the passing of Her Majesty the Queen. Our thoughts are with the Royal Family and the entire nation.
16 Dec 2021 By Ian Weinfass
2021 saw the pandemic, Brexit, and materials & labour shortages hit the industry. Record job vacancies and costs followed strong – although uneven – growth. As we move further away from the era of full-on lockdowns, the prime minister’s age of ‘Build Back Better’ was meant to be upon us, yet the government’s scaling down of its infrastructure plans for the North of England was not a sign welcomed by many in late November.
Nevertheless, while it is thought that the value of new construction projects may not return to their pre-pandemic level until 2023, that has not stopped many ambitious construction companies from targeting growth in the year ahead. Several will start 2022 with new leaders, while others are poised to disrupt the status quo.
Here are Construction News’s 10 firms to watch in 2022.
It will be all change at John Sisk & Son in 2022. Chief executive Stephen Bowcott is stepping down in January after more than six years at the helm of the Dublin-headquartered contractor. Paul Brown (pictured), who has been chief operating officer for UK construction and civil engineering since late 2019, will step up to the role.
It remains to be seen who will take his former job, with an appointment yet to be made at the time of writing. A big thinker for the future, Brown told CN in September that Sisk was committed to investing more in its UK operations and that it was considering possible acquisitions.
The next year is set to be huge for the contractor as it looks to grow in preparation for an initial public offering by 2024, and as chief executive and company founder Ray O’Rourke hands over the reins to his successor. In September, Seamus French the current CEO of mining giant Anglo American’s bulk commodities and other minerals division will take over, after a nine-month period of settling in at the firm while serving as the head of its Europe Hub.
Chief finance officer Rowan Baker told CN earlier this year that the firm is focused on improving its corporate governance and reporting standards, as well as beefing up its internal audit and risk management capacity.
The £2.5bn-turnover contractor is also aiming to achieve £4bn in revenue by 2025, a level that would propel it to second in the ranking of the biggest construction companies in the UK – if its rivals don’t keep pace. In 2022, Laing O’Rourke will also ramp up work on one of the most highly anticipated jobs in the country – Everton’s new stadium at Liverpool’s Bramley-Moore Dock (CGI pictured) – on which it started in July 2021.
A revealing interview with managing director Karl Goose (pictured) that CN published in November showed that big things are happening at the contractor.
Known for working in joint ventures on major projects such as HS2 and Tideway, the firm’s plans include targeting more contracts to deliver on its own, like the £107m Norwich Western Link Road. With its parent company seeing the UK as a growth area and looking to offload its sister company, Amey, Ferrovial is also set to move into track work on railway projects for the likes of Network Rail and HS2, as well as returning to the Irish market after several years away.

Cast Interiors | ©Paparazzi VIP Photography
A turnkey fit-out contractor formed weeks before 2020’s first lockdown, Cast overcame long odds to establish itself and deliver work for blue-chip clients including British Land and The Crown Estate, and went on to turn over £7m in 15 months.
Cast also shows a different aspect of the industry, with strong Black, Asian and minority ethnic representation and a 50:50 gender split in its leadership team. Meanwhile, its offices double as a showroom to demonstrate to clients how to improve their own workspaces. After landing the prize for Specialist Contractor of the Year (turnover up to £25m) at the 2021 CN Specialists Awards, it will be fascinating to see if it can maintain its momentum in 2022.
The law firm that has represented campaigners in an unsuccessful challenge to National Highways’ roads investment period (RIS2) on environmental grounds also successfully challenged Heathrow expansion – initially. In late 2020, that Heathrow ruling was overturned by the Supreme Court.
But Leigh Day scored a huge win in 2021 when the High Court ruled in its client’s favour in challenging plans for the A303 Stonehenge Tunnel (CGI pictured). If there are any more legal challenges to projects in 2022, these specialists will likely be involved.
M Group Services rose to become the 10th largest contractor in the UK on the back of a 62 per cent growth in revenue, the 2021 CN100 analysis showed earlier this year. Formerly best known for its Morrison Utility Services brand, the £1.3bn-turnover company restructured and split into two operations in April 2021, with Morrison Water Services focusing on the water sector and Morrison Energy Services covering gas, electricity and renewable energy works, in what was said to be part of its effort to grow even further.
The company’s next reported revenue is set to be boosted by around a further £320m following the acquisition of Skanska’s infrastructure services business for £50m. The CN100, Construction News’s analysis of the country’s largest contractors, showed it also carried the biggest net debt of any of the big businesses, at £504.2m.
The demolition specialist has landed ever-bigger contracts in the past couple of years, not least a £35m job for British Land on its mixed-use Blossom Street development in east London (pictured), which was its first to incorporate a major substructure package.
The company was acquired by Morrisroe in 2020, in a move that helped its parent company to substantially boost its turnover while offering a range of extra services. Its environmental management work with a network of partners has enabled it to divert all non-hazardous waste away from landfill, helping to repurpose much of what it removes from sites.
The quality of its work, including setting the standard for the industry in respect of its environmental performance, saw it pick up three CN Specialists Awards in 2021.
Clients, some contractors and the UK Government all have high hopes for offsite methods of construction, including the pioneering platform approach to design for manufacture and assembly (P-DfMA).
This relies on a superstructure assembled from a set of standardised components, produced off site and then rapidly assembled on site. The Forge (pictured), the world’s first major commercial build using the technique, is being delivered by a Sir Robert McAlpine / Mace joint venture in Southwark, south London, and Easi-Space’s 19,000 square foot facility in Ropley, Hampshire, was central to the process.
The site was used to produce, test and refine the components that will ultimately form the new office development. The prototyping and fabrication specialist has also worked with the likes of Kier, McAlpine, Mace and the Ministry of Justice, although it says it is bound by non-disclosure agreements about some of its work. If the kind of innovation being driven on the south London project takes off as intended, there is a bright future ahead for the firm.
As long-serving chair Stephen Pycroft steps down in 2022, chief executive Mark Reynolds (pictured) will take on the role in addition to that of his existing job as CEO.
Asked in October if corporate governance principles were being met with one person occupying both roles, a company spokesperson said Mace consists of four distinct business entities with its own dedicated chief executive responsible for management, ensuring there is appropriate challenge within the group.
In March, Reynolds told CN he was reconsidering what the future of the company held, saying he believed it was in making much more use of data than has been traditional in the building sector. He said: “I met with my board on Friday and I said to them, ‘we are a sustainability and data company. We just happen to do great buildings.’ It was said partly in jest, but there’s a bit of truth in there.”
Buckingham Group has been one of the fastest-growing major contractors in recent years. Its accounts for the year to 31 December 2020 showed the company’s turnover had jumped almost £100m in a year, to hit £585m, and it revealed in 2021 that this was now “nudging” £700m. In September 2021, Buckingham became the latest, and largest, in a string of contractors to move to an employee-ownership model in recent months.
The move saw company founders and former owners Paul and Patricia Wheeler receive an undisclosed sum, and around 530 staff getting a £1,000 bonus to mark the change in ownership.
A shake-up of its board followed, too, with Mike Kempley (pictured) becoming company chair and Ian McSeveney taking on the leadership role formerly held by Kempley, under the title of group managing director. The Wheelers retired from the board, along with long-serving sports and leisure director Kevin Underwood, under whom the contractor worked on several stadiums, including Brentford’s new Community Stadium. Will the new leaders be able to build on the legacy of growth?
Tagged with: 2022 preview