UPSC Stories
To Prepare for UPSC Mains Answer Writing in Delhi’s Winters, This IAS Officer Used to Freeze Her Hand in Cold Water
Highlights
While many get stressed out and completely drained during the preparation stage of the highly prestigious but extremely difficult UPSC Civil Services Examination, Ms. Krati Raj, who is an UP-cadre IAS officer now, kept preparing for the exam even while dealing with Covid and taking care of hospitalised parents, all the time keeping positivity by her side. She went on to crack the CSE 2020 in her third attempt with AIR 106, and is now posted in her home state, Uttar Pradesh.
Speaking with Indian Masterminds, 2020-batch IAS officer Krati Raj shared details about her UPSC journey.

Born and brought up in Jhansi, Uttar Pradesh, Ms. Raj did her early education from St. Francis Convent School, Jhansi. Thereafter, she did her B.Tech. in Computer Science from Bundelkhand Institute of Engineering and Technology, Jhansi. 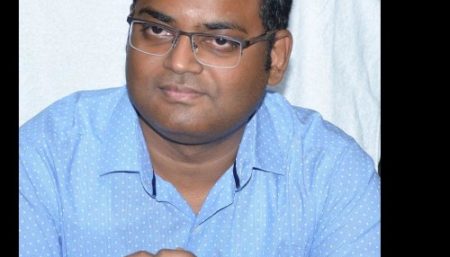 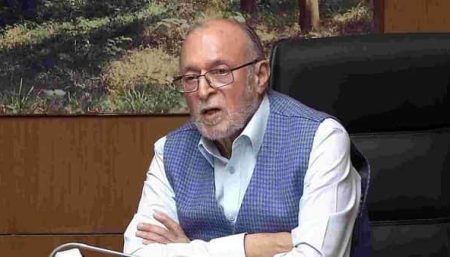 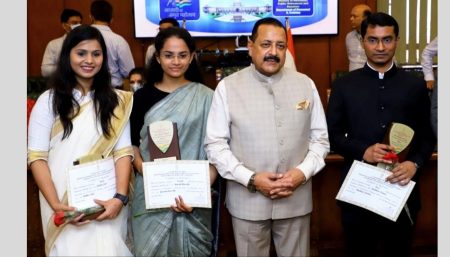 Is Fairer Sex Getting A Fair Deal In Civil Services? 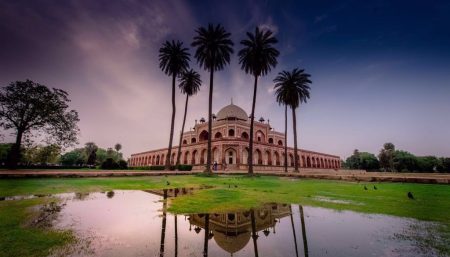 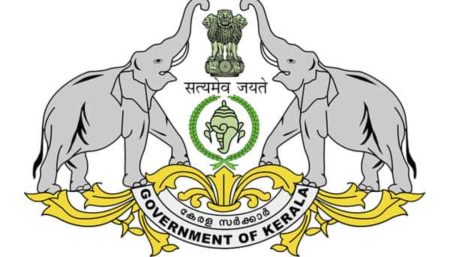 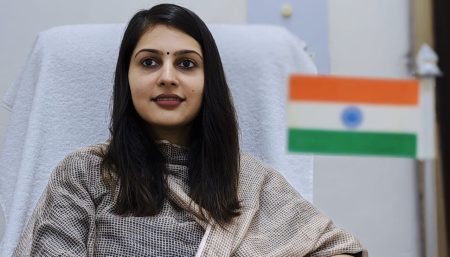 Work Smart but Have Plan B Ready: UPSC Topper’s Message to Aspirants 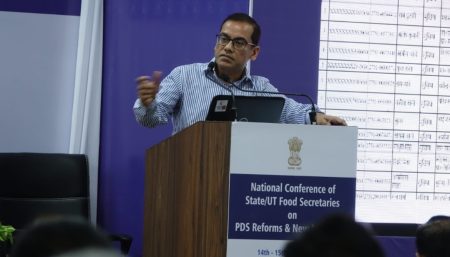 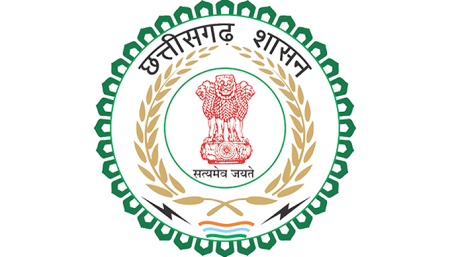 Krishna Karunesh appointed as Vice Chairman – Ghaziabad Development Authority, UP
Delhi LG Anil Baijal orders transfer of many IAS officers
Is Fairer Sex Getting A Fair Deal In Civil Services?
Civil Servants As Photographers
Kerala Government Appoints IAS officer Santosh Babu as MD, KSITIL
Work Smart but Have Plan B Ready: UPSC Topper’s Message to Aspirants
One Man, Many Roles: IAS Officer Alok Kumar
6 IAS Officers Including Ankit Anand Transferred in Chhattisgarh
“People asked me about my future plan but I had planned earlier on to not end up in a corporate job. I thought that I will probably do something in the government sector after my B.Tech, and work for society,” she said.

Ms. Raj did well well in her graduation and got placement as well. However, she was exploring simultaneously and was trying her hands in GATE and CAT exams, and towards the end, she started exploring the UPSC exams also. “While surfing the internet, I came across an article on Quora related to career in corporate job and in civil services. It hit me hard. I dig deeper and found that this is where I find a kick. Once I made the decision, I decided to burn all the bridges to the corporate sector and didn’t join the company I was placed in,” Ms. Raj shared.

Soon she started preparing for the civil services exam. She says that she started from scratch – from class 6 NCERT books. In the meantime, she started her own NGO. She said that the idea behind starting an NGO was to create her own exposure. Secondly, she chose public administration as her optional subject, so that she could also learn how to go, meet and tell people about the schemes being launched and create awareness among them.

“Thirdly, being a girl from a small town, I could relate to the taboo issues, people not even talking about certain things. So I started campaigns on menstrual awareness, child sexual abuse workshops. With experience, I learned,” Ms. Raj said.

She gave her first attempt in 2017 but couldn’t clear prelims with 2 marks. Thereafter, in her second attempt, she again couldn’t clear prelims, as the invigilators took the sheet during the warning bell and her answer sheet got exchanged with someone else. Finally, in her third attempt, she managed to crack her mains, interview and made it to the final list of successful candidates with AIR 106.

“On the result day, I was not at all worried about it as I knew that I have done what I had to. My brother who works in Europe saw my result and told me about it over the call. The next minute, I realised that there are so many neighbours outside with dhol and garlands,” Ms. Raj said.

For her preparation, she had enrolled in one of the coaching centres in Delhi. However, she came back to Jhansi as she couldn’t “identify with the whole coaching thing” and started preparing herself. “I decided to stay away from the hubbub of coaching. Coaching creates a toxic culture and puts a lot of pressure on the aspirants. I get so many calls and messages from the aspirants who develop mental health issues after going through this phase because this exam anyway takes a huge toll on them,” Ms. Raj told Indian Masterminds.

Due to Covid, the Mains exam was shifted from October to January, and winters in North India is extreme. Candidates have to write for 2 shifts and for 6 hours every day. “So, during December winters, I used to wake up at 3 in the morning and keep my hands under cold water and freeze them. I then use to write the mock papers for continuous three hours. I was mimicking the whole process, so that I could write the exam in extreme condition,” she said.

Eventually, she went to Bhopal to give her mains exams where it’s not so cold. Ms. Raj said that it became easy for her to give the exam there and she managed to complete everything. “At the end of the day, I realised that I lived up to my expectations.”

During the second wave, Ms. Raj and her family contracted Covid. Her mother was home quarantined and father was hospitalized. At this point of time, she had to keep her preparations aside to be with her parents. She slept only for an hour for one month in the hospital and was juggling between hospital and home. “Before this, I used to say that the mains exam is the most intensive experience of my life but having gone through this, I knew for sure that this was the most intensive experience and nothing worst than this can happen. Life is so much bigger than an exam,” she said.

Ms. Raj always had a non-UPSC mode to switch to when required. When she studied, she dedicated herself completely to it, but when she didn’t, she used to dance, paint, watch movies, and read books. “It’s a great stress buster, and every aspirant should have a non-UPSC mode.”

She further advises that one shouldn’t give up and have faith in oneself. “This journey is full of ups and downs. You may work hard, but take care to work smart.”
Tags
END OF THE ARTICLE
NEXT STORIES
Highlights
Indian Polity is one of the most important subjects for the UPSC Civil Services Exam.
Questions on the constitutional framework are asked in all three stages of the examination – Prelims, Mains and Interview.
2017-batch IAS officer, CEO Zila Parishad, Jalna, Maharashtra, Manuj Shashi Jindal, gives suggestions on how to prepare for the subject.
Highlights
IAS officer Vasu Jain scored AIR-67 when he cracked UPSC CSE 2020 in his third attempt. He is currently posted as the Assistant Collector in Bilaspur district of Chhattisgarh. He talked about his preparation and strategies in this exclusive video interview.
Sonu Sood Launches Sambhavam 2, UPSC Coaching That’s Already a Hit
What’s Life as a Forester Like, From the Perspective of a Young IFS Officer
3 IPS Officers Transferred In Uttar Pradesh, Sanjeev Suman New SP Of Lakhimpur Kheri
Meet Ashutosh Kumar, Who Topped the Interview Round of UPSC CSE 2021 with 206 Marks
Self-Study Enough If You Consult Right Sources, Says Surabhi, AIR 78, CSE 2021
Highlights
An IITian who cleared the prestigious UPSC CS examtwice, Abhijeet Yadav, suggests how to read in a better way to get maximum benefits.
He says high reading speed is a dubious achievement asanything worth reading is worth reading slowly.
According to him, the easiest method is to read more often asthe more you practice, the better you get.
Inspiring Story of Samyak S Jain: Visually Impaired, Secured AIR-7 in UPSC CSE 2021
Women Rules UPSC CSE-2021 Results, Bag Top 3 Ranks!
100 Candidates Mentored by IPS Officer Mahesh Bhagwat’s Team Get Selected in UPSC CSE 2021
The Top 10 of UPSC CSE 2021: A Cut Above the Rest, Know How They Did It!
Language No Barrier in CSE: Meet Ravi Kumar Sihag, UPSC Topper in Hindi Medium With Air 18
Exclusive Interview With UPSC Topper Shubham Kumar, Shares Valuable Tips On How to Crack Civil Services Exam
‘If I Can Become an IAS Officer, Anybody with Willpower Can’
Taking IAS Officer Father’s Legacy Forward, Shubhankar Pathak Aces UPSC CSE 2021 in Maiden Attempt
UPSC CSE 2021: Priyamvada Mhaddalkar Tops Maharashtra with AIR-13
UPSC CSE 2021: Ankita Agarwal’s Journey from AIR-239 in 2019 to AIR-2 in 2021
A Daughter Who Fought till Last for Her Father’s Dream, Cracked UPSC CSE 2021 in Sixth Attempt
UP Farmer’s Son On His Way to IAS After Securing AIR 6 in UPSC CSE 2021
“Civil Service is Pro People, That’s Why It Fascinates Me,” Says Yasharth, AIR 12 Rank Holder in CSE 2021
Answer Writing, Self-Notes and Group Sessions are the Keys to UPSC CSE 2021 Topper Shruti Sharma’s Success
Flaws in the System Triggered this Doctor to Get into Civil Services, and She Did It in Style with AIR 19 in UPSC CSE-2021
Ishita Rathi, Daughter of Police Couple, AIR 8 in UPSC CSE-2021 with Economics as Optional
UPSC CSE 2021: Performance of Muslim Candidates Worst in a Decade
Highlights
Shruti Pandey gave her first attempt at UPSC CSE in 2018 and cleared the Prelims but failed in Mains. She gave her second attempt in 2019, but couldn’t even clear the Prelims stage. She dropped out of UPSC and chose Data Science as her career. Today, she is doing really well for herself, thus, setting an example for everyone.
Kerala : Seven IAS Transferred, Dr. S Karthikeyan appointed as OSD to CM
Gloria Gangte, IFS Made Next High Commissioner to Republic of Malta
IRS-IT officer Rakhi Vimal Appointed As CVO of Prasar Bharti
IRS-IT Officer Prashant Shukla Appointed as Dy. Secy., DoPT, Delhi
Joint Secretary Level Reshuffle; IAS Officer Akash Tripathi Appointed as CEO, MyGov, Ministry of Electronics & Information Technology
Madhya Pradesh: IAS Officers Transferred
CRPF And ITBP Gets New Chiefs, IPS Anish Dayal Named As DG of ITBP, IPS SL Thaosen Appointed As DG of CRPF
IAS Reshuffle in Uttar Pradesh
Highlights
2010-batch IAS officer Prabhjot Singh left his job at ISRO as a scientist to join the civil services
He told Indian Masterminds that UPSC was his ultimate goal and he was always sure about choosing civil services over ISRO
He says that civil service is one career where government gives responsibility to the civil servants at a very young age, which one cannot get in other fields
Dr Jitendra Singh Interacts With J&K Cadre Bureaucrats In Delhi
IAS Officer Ashwani Kumar Named as Principal Secretary (Home) for Govt. of NCT of Delhi
Ex-Telecom Secretary JS Deepak Joins Airtel
Punjab-Cadre Woman IPS Officer Dr. Darpan Ahluwalia Received PM’s Baton for Best All-Round IPS Probationer
Uttar Pradesh: 2020 Batch IAS officers Issued First Posting
The mindset of Rajpath Should Now Be Changed to The Path of Duty, PM Modi’s Call to IAS Officers
Dharmendra Kumar Madan Appointed as CVO, PGCIL
Odisha: 2 senior IAS officers Appointed as OSDs for Men’s Hockey World Cup
Highlights
2013-batch IAS officer and DM of Sant Kabir Nagar, Uttar Pradesh, Divya Mittal, offers suggestions on how to build consistency.
Consistency is extremely important to stay on course and reach our set goals.
The officer tweeted 10 steps she follows when she is feeling too low and unable to work, in order to regain her form.
Failures Did Not Deter Him From His Goal, Scored AIR-67 in Third Attempt and Fulfilled His Dream of Becoming an IAS Officer
The IAS Anti-Corruption Crusader Who Didn’t Hesitate to Fight Against His Own Fraternity
The IPS Officer Who Ensured Sabarimala Stays Clean and Pure
The Changemaker Who’s Given Policing A New Name
Driven By Work, Fueled By Passion: Life Of An All-rounder IAS Officer
A DGP In Hot Pursuit of Creative Arts and Nature
Former CMD of Air-India on the Downslide of the National Carrier
So Much to Learn from Draupadi, Says IPS officer Mrityunjay Singh
Inform, Inspire, Influence
@2021 Indian Masterminds. All Right Reserved.