UPSC Stories
Son Follows IAS-IPS Parents Into Civil Service
Highlights
Coming from a privileged background, as both parents are top bureaucrats, Akshay Pillay from Chhattisgarh bagged a top rank in the UPSC 2021 Civil Services Exam. He secured an All-India Rank 51 to emerge as one of the toppers in the exam. It is generally thought of that children of bureaucrats have an upper hand in clearing this tough examination. But, it was hard work that ultimately proved to be the most reliable way, as Akshay took four years to clear all the stages to enter his name in the final list.
Akshay completed his schooling from Rajkumar College, Raipur and then went on to study Mechanical Engineering from NIT, Raipur. Since his parents were bureaucrats, he planned on appearing for the UPSC exam very early in his life.

IMPROVED WITH EVERY STAGE

Akshay completed his Mechanical Engineering in the year 2017 and wasted no time in gearing up for the UPSC preparation. He had this in mind from the very beginning, and motivation also came from the whole family, including his mother, father and sister. 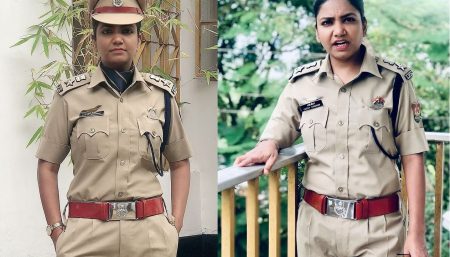 Her Father Wanted to See Her as a DM or SP, So She Became One! 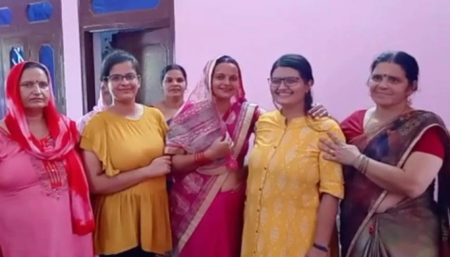 Failing 3 Times Consecutively to Getting IPS in 4th Attempt, Kajol Proves that Failures are Stepping Stones to Success 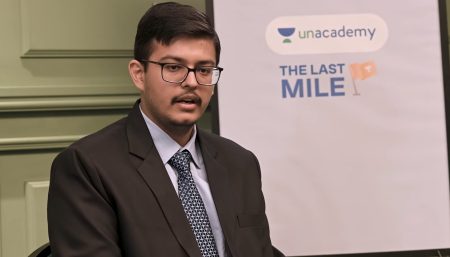 Meet Ashutosh Kumar, Who Topped the Interview Round of UPSC CSE 2021 with 206 Marks 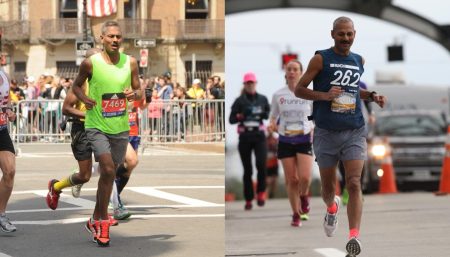 Only Civil Servant To Finish 2 Boston Marathons Says He is A Runner First, A Bureaucrat Later 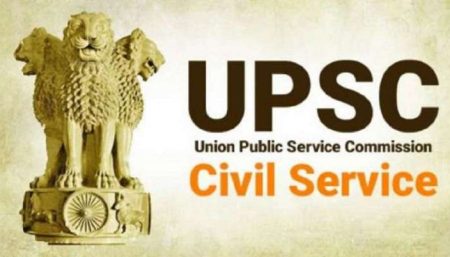 UPSC aspirants can now apply for change of centre 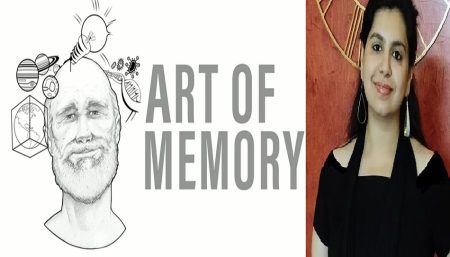 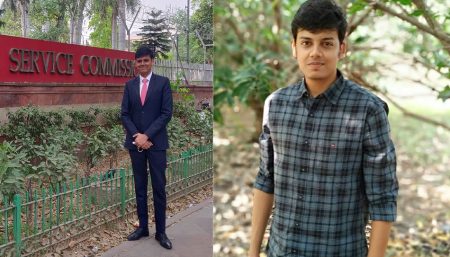 Civil Service is his Passion, and He Enters it in Style with AIR 81 in UPSC CSE 2021 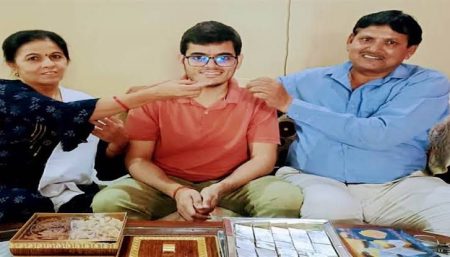 Her Father Wanted to See Her as a DM or SP, So She Became One!
Failing 3 Times Consecutively to Getting IPS in 4th Attempt, Kajol Proves that Failures are Stepping Stones to Success
Meet Ashutosh Kumar, Who Topped the Interview Round of UPSC CSE 2021 with 206 Marks
Only Civil Servant To Finish 2 Boston Marathons Says He is A Runner First, A Bureaucrat Later
UPSC aspirants can now apply for change of centre
IAS Officer Explains Science Behind Memorization, Giving Tips to Master It
Civil Service is his Passion, and He Enters it in Style with AIR 81 in UPSC CSE 2021
Selected for IDAS in CSE 2020, Arpit Chauhan Pursued his IAS Dream to Get Top Rank 20 in CSE 2021
His mother Renu Pillay is currently serving as Additional Chief Secretary, Technical Education, Govt of Chhattisgarh, whereas his father Sanjay Pillay is an IPS officer and is serving as ADGP in Chhattisgarh Police.
In an interview to media, Akshay said that initially he lacked proper guidance and understanding of some subjects which were mostly related to General Studies. “I initially thought that self-study would be enough. But after three attempts, I understood that I needed support in a few subjects and then started looking for resources that could help me.”

In the first two attempts, he managed to clear the preliminary stage. However, he failed to clear the mains stage. It would have been very disappointing for anybody but Akshay didn’t lose hope.

He said, “The improvement I was making in my preparation every year was the biggest part of motivation and results were being paid for by my hard work. Apart from this, my parents and sister supported a lot in this journey, which was a tough one but worth it.”

The result day was a dream come true for Akshay, as he finally got rewarded for his hard work by making it to the final list with a top rank of 51.

Giving tips to clear the exam in front of the media, Akshay said, “My top three tips for cracking UPSC are: be familiar with the syllabus and question paper pattern, be aware of your strengths and weaknesses and choose the optional carefully, and revise.”
He further touched a very important point, which is, the stress of working 14-15 hours a day. He calls it unsustainable and not the right way to do it.

Tags
END OF THE ARTICLE
NEXT STORIES
Highlights
Know from mentor Abhijeet Yadav what are the things that can make or break your exam performance.
He guides CSE aspirants through a series of advices in how to fare well in this exam.
He talks from his past experiences and success in this exam, and rakes up some pertinent points.
Highlights
2018-batch IAS officer Saurabh Bhuwania cleared UPSC CSE in his second attempt with AIR 113
He was preparing for the examination while doing a full-time job at RBI and parenting his new born child
He says that it doesn’t matter if you are a parent or a working professional, as willpower and discipline can lead you to success
How A Young IAS Officer Turned a Mizoram District from Water Deficient to Water Sufficient
Sonu Sood Launches Sambhavam 2, UPSC Coaching That’s Already a Hit
Meet the IRS Officer Behind India’s PAN Operations and Instant e-PAN
Quitting IAS to Provide Free Coaching to UPSC Aspirants At Ganga Ghat
IAS Officer’s Tips on How to Prepare for UPSC CSE with A Full-Time Job
Highlights
2018-batch IAS officer Naveen Kumar Chandra cleared UPSC CSE 2017 with AIR 490 in his second attempt
According to him, UPSC is not tough, it’s just that that there is less number of seats and more number of candidates
He advises aspirants to not get carried away with so much information available on the net
Inspiring Story of Samyak S Jain: Visually Impaired, Secured AIR-7 in UPSC CSE 2021
Women Rules UPSC CSE-2021 Results, Bag Top 3 Ranks!
100 Candidates Mentored by IPS Officer Mahesh Bhagwat’s Team Get Selected in UPSC CSE 2021
The Top 10 of UPSC CSE 2021: A Cut Above the Rest, Know How They Did It!
Language No Barrier in CSE: Meet Ravi Kumar Sihag, UPSC Topper in Hindi Medium With Air 18
Exclusive Interview With UPSC Topper Shubham Kumar, Shares Valuable Tips On How to Crack Civil Services Exam
‘If I Can Become an IAS Officer, Anybody with Willpower Can’
Taking IAS Officer Father’s Legacy Forward, Shubhankar Pathak Aces UPSC CSE 2021 in Maiden Attempt
UPSC CSE 2021: Priyamvada Mhaddalkar Tops Maharashtra with AIR-13
UPSC CSE 2021: Ankita Agarwal’s Journey from AIR-239 in 2019 to AIR-2 in 2021
A Daughter Who Fought till Last for Her Father’s Dream, Cracked UPSC CSE 2021 in Sixth Attempt
UP Farmer’s Son On His Way to IAS After Securing AIR 6 in UPSC CSE 2021
“Civil Service is Pro People, That’s Why It Fascinates Me,” Says Yasharth, AIR 12 Rank Holder in CSE 2021
Answer Writing, Self-Notes and Group Sessions are the Keys to UPSC CSE 2021 Topper Shruti Sharma’s Success
Flaws in the System Triggered this Doctor to Get into Civil Services, and She Did It in Style with AIR 19 in UPSC CSE-2021
Ishita Rathi, Daughter of Police Couple, AIR 8 in UPSC CSE-2021 with Economics as Optional
UPSC CSE 2021: Performance of Muslim Candidates Worst in a Decade
Highlights
2013-batch IAS officer of UP cadre, Divya Mittal’s recent Twitter thread is on how to deal with failures.
She says she has had many failures in life, but one needs to dust it all off and go on.
According to her, the match is not lost when you fall, the match is lost when you refuse to get up.
Assam: IAS & ACS Officers Shifted, IAS Simi Karan As SDO (Civil), North Salmara
Uttrakhand: Two IPS Women officers Got Promotion, Government Issued Orders
K Sanjay Murthy Given Additional Charge of Secretary, D/o School Education & Literacy
Jharkhand: 13 IAS officers Transferred; IAS Officer Rahul Sharma Made Joint Secy., Ministry of AYUSH
IAS Officers Transferred in Karnataka
Maharashtra: 21 Districts’s Superintendent of Police Transferred and Posted, IPS Somay Munde Appointed as New SP of Latur
Rajasthan: 13 IAS and 2 IPS Officers Transferred; Vishram Meena IAS Posted as Commissioner, Municipal Corporation, Jaipur Heritage
Major Reshuffle of IAS Officers in GoI, ACC Approves Appointment of Several IAS Officers
Highlights
Manuj Jindal, who secured AIR 53 in CSE 2017, is currently posted as CEO, Zila Parishad, Thane, Maharashtra.
In a video interview he shared tips on how to choose optional and prepare for Mains and Interview.
Despite his busy work schedule, he mentors thousands of UPSC CSE aspirants.
20 IAS Officers Empanelled as Additional Secretaries at the Centre
H Rajesh Prasad Given Additional Charge in J&K
IAS Pradeep Singh Kharola Receives Posting
Uttar Pradesh: 70 IPS Officers of State Cadre Will Be Promoted in 2023
Senior IAS Officer Anand Mohan Sharan Gets Addl. Charge of Addl. Chief Secretary, Civil Aviation Department
IAS Officer Amneet P Kumar Posted as In-Charge of Hisar District
Thoothukudi Imparts Trauma Care Training to Over 6,000 Volunteers and Students
FIU Director Pankaj Kumar Mishra Returns to Parent Cadre
Highlights
IAS officer Divya Mittal is back with another of her Twitter threads.
This time, it’s on how to crack the UPSC CSE with a full-time job.
She suggests many ways to cope with the exam and the job stress, and still find enough time to prepare.
Choose Your Optional Wisely: Manuj Jindal, AIR 53, CSE 2017
Good Answer Writing is the Key to UPSC Success
How did IAS Shubham Bhaisare crack multiple exams within a few years?
Failures Did Not Deter Him From His Goal, Scored AIR-67 in Third Attempt and Fulfilled His Dream of Becoming an IAS Officer
The IAS Anti-Corruption Crusader Who Didn’t Hesitate to Fight Against His Own Fraternity
The IPS Officer Who Ensured Sabarimala Stays Clean and Pure
The Changemaker Who’s Given Policing A New Name
Driven By Work, Fueled By Passion: Life Of An All-rounder IAS Officer
Inform, Inspire, Influence
@2021 Indian Masterminds. All Right Reserved.